A few simple tricks everybody can use to get a better “return on ad spend” with targeting, creatives, social proof, automation, & Re-targeting by calculating & formula

#1 Get your targeting & creatives right:

I can not say that I was doing this right when I started with Facebook Ads. But after going through hell and wasting 10’s of thousands of dollars, I realized that it doesn‘t matter how many small ad hacks I pull out of the head if my targeting & creatives aren‘t at least decent.

I worked with enough clients that had bad results in FB Ads before working with us just because they didn‘t enough time into the creative process, had a bad marketing ankle or any other mistake that could have been fixed by adjusting this

#2 Get Social Proof on your ads:

Have you ever asked your friend for their opinion of something? I think like I don’t even need to ask for this because everybody has and it’s in human nature. If you aren’t sure about buying something you ask somebody who you either know or who has already bought the product.

#3 Use automation and systems:

Did you ever want to kill an Ad or Ad set that was working well for you and now it started dying down but you gave it a few more days because you thought it will get some positive ROI for you again?

Well, that has happened to the best of us. You got emotionally attached to it and that can be deadly because it wastes money some of us may need to keep advertising. That’s why it’s important to keep some proper rules in place to protect us and our ad spent form ourselves.

Here are a few rules I always keep in place! Normally I sell this knowledge for a few hundred dollars, but let me give you a little sneak peek:

These first rules are to protect you from losing money while giving the Ad set & Ad enough chance to bring in positive results.

This Rule is important because of the delayed attribution of Facebook. An Ad or Ad set may be under performing for a few hours or days but if someone that clicked on the ad a few hours ago decides to buy that sale will still be attributed to your ad set or ad so you still remain profitable with that one. Which means it will turn on your Ad again.

Keep in mind this is just a little sneak peek of the Rules we are using to automate and secure our Ad Accounts in order to get better results.

This one was probably the part where we made the most money because we had proper Re-targeting in place. Make sure to target every possible audience where people had contact with your business.

Starting with as little as a 3-second Viewers going to people that typed in all their Credit Card Information and forgot to press the „Buy now“ button. Every one of them already had contact with your brand and has a higher potential of becoming a customer than anyone that is being reached in your cold audiences.

That’s why I always allocate about 25% of my Budget into Warm and Hot Re-targeting. But there are a few rules you should follow:

Segment each step of your Re-targeting, everybody left at some point and it’s your job to grab them at the point they left and get them to the point you want them to.

For example, if someone added something to card use a phrase like:

„Didn’t you forget something? Buy Now and get 5% off with the Code XXXX“ combined with a dynamic product ad it will recover so many abandoned carts it’s insane.

These are few tricks from my past experience.

“Conversion value calculate” the amount of revenue your business earns from a given conversion.

Hey There, I am Jagadeesh Chundru, International Certified Full Stack Digital Marketer with 5+ Years of Experience.

Want to discuss how I can visible your business digitally to the next level?
Chat Now
Posts 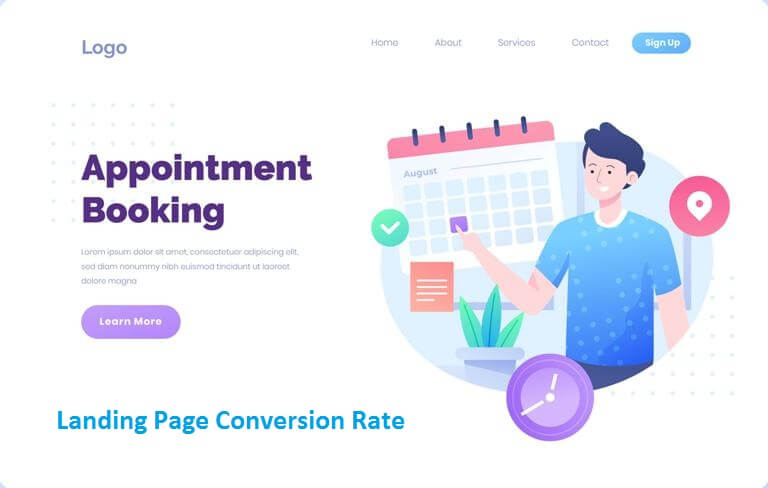 Get the best content on CRO, Analytics and Growth marketing delivered to your inbox

Why Only Sales Funnel Is Useful for Real Estate Companies in India?

Apple Given Big Blow For Businesses and Digital Marketing Platforms

This website uses cookies to improve your experience while you navigate through the website. Out of these cookies, the cookies that are categorized as necessary are stored on your browser as they are essential for the working of basic functionalities of the website. We also use third-party cookies that help us analyze and understand how you use this website. These cookies will be stored in your browser only with your consent. You also have the option to opt-out of these cookies. But opting out of some of these cookies may have an effect on your browsing experience.
Necessary Always Enabled
Necessary cookies are absolutely essential for the website to function properly. This category only includes cookies that ensures basic functionalities and security features of the website. These cookies do not store any personal information.
Non-necessary
Any cookies that may not be particularly necessary for the website to function and is used specifically to collect user personal data via analytics, ads, other embedded contents are termed as non-necessary cookies. It is mandatory to procure user consent prior to running these cookies on your website.
SAVE & ACCEPT